436 sick, 20 hospitalized due to parasitic illness linked to McDonald’s salads. 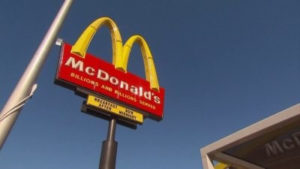 The CDC says 436 people have been diagnosed with a laboratory-confirmed intestinal illness linked to salads sold at McDonald’s. Health officials will likely report additional cases in the weeks to come because there is up to a six-week lag between. When a person becomes sick with cyclophorias symptoms and when the infection is lab-confirmed.

Of the 436-sick people, 20 have had such severe symptoms that they have been hospitalized; no deaths have been reported.
The illness can last a few days to a few months. Patients might feel better but then get worse again. cyclophorias can be treated with antibiotics.

Advice to consumers: Anyone who has eaten a McDonald’s salad and developed symptoms of cyclophorias should seek medical attention and tell their doctor.